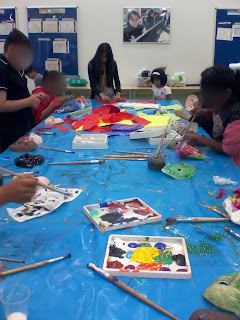 Outcome
In total 40 children created some wonderfully imaginative masks. Each child was working on their mask for 30-60 minutes. As each child completed his or her mask another child would take the available space. All of the children were extremely well behaved and thoroughly engrossed in what they were doing. All of the masks were unique with the exception of two yellow chick masks produced by two children sitting next to each other. I was surprised that this did not happen more often but the children on the whole showed that they had great imaginations. 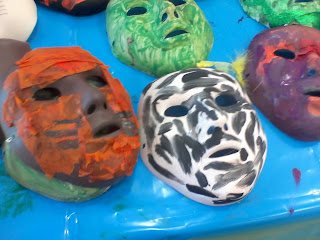 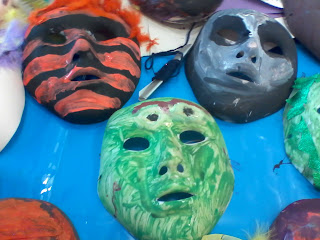 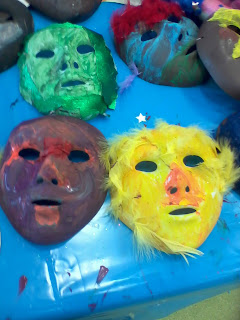 1) What did you like most about this workshop?
I liked that there was a theme so that I didn't have to think of something to make.
I like the feathers.
I liked being able to make an animal in any colour I wanted.

2) What did you like least?
The fact that I had to use human shaped masks.
I had too much choice. I would prefer to be told to make a particular animal – perhaps a choice of two different animals.
I wanted to use scissors to cut my mask into a different shape.

3) What could have been done differently?
To be given a choice of animals rather than any animal would have made it easier for me to choose.
I wanted to make a horse mask but didn't have the right equipment to change the shape on the mask.
I needed more space to work. I think there were too many kids working at one time.

4) What other equipment would you have liked to have available?
Sequins, glitter, drinking straws, scissors.

How could I improve this workshop
I could have used a larger work space or have fewer children working at one time. Six children at a time would mean I could pay more attention to each child's needs. I found that I was running around from child to child rather than spending more time with each child in order to give encouragement and advice.
I had a helper to supervise the children but I needed at least one more helper, although there were not any around at the time. With only six children participating this would not have been a problem.
I think I coped well with the children. They were quite demanding but happy and the fact that they were engrossed meant that they behaved well.
I was intending that the masks would be worn for the end of play scheme party but the children took the masks home and did not bring them back today. I should have kept the masks at the work space and handed them out at the party. 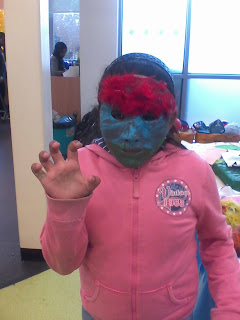 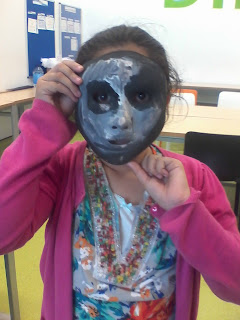 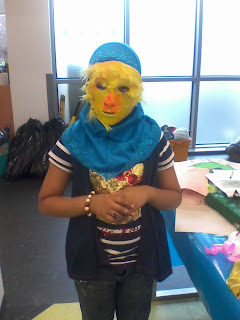 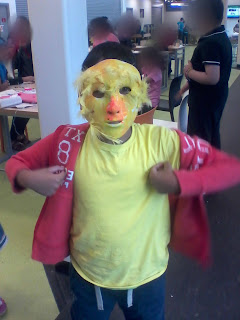 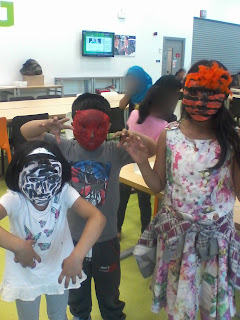 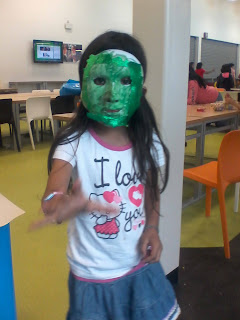 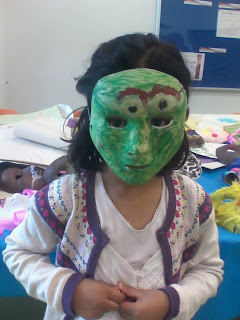